The Sociology Programme, School of Liberal Studies cordially invites you to a webinar session On COVID 19: Reflections on Anthropological Lessons by Prof P. C Joshi, Head, Department of Anthropology University of Delhi.

Brief Profile of the Guest Speaker:

Prof. P. C. Joshi is currently the Head Department of Anthropology University of Delhi. He has also previously served as Head of the Department of Anthropology in various institutions. He was nominated Asia Coordinator of the European Union 6th Framework Microdis Integrated Project, 2007 and was a delegate of the European Union to Poznan, Poland in the United Nations Framework Climate Change Conference in 2008. He is recipient of the Indira Priyadarshini Vriksha Mitra National Award as Friends of Trees founder member, 1987 and the Inter- University Centre Asscocaiteship Award in Humanities and Social Sciences, 1996-1999, Certificate of Honour at the First France-India Meet on Psychiatry, Psychoanalysis and Psychotherapy, 2007, Plaque of Appreciation from Department of Sociology and Anthropology, Xavier University Ateneo de Cagayan de Oro City, Philippines, 2008, and Certificate of Appreciation on his research on disaster impacts in Asia and Europe by Faculty of Public Health, University of Indonesia in 2009, among other honours and distinctions.

He has been recently nominated as the Task Force Member, Department of Biotechnology, and Government of India. He has organized Fifteen Conferences including one in the University of Hue, Vietnam in the year 2010. He is the current president of the Society for Indian Medical Anthropology, Mysore and Executive Member of the Ethnographic and Folk Culture Society, Lucknow. His publications are in the fields of Medical Anthropology, Traditional Medicines, Shamanism, Impact of Disasters, Life Style Diseases and Antibiotic Resistance. 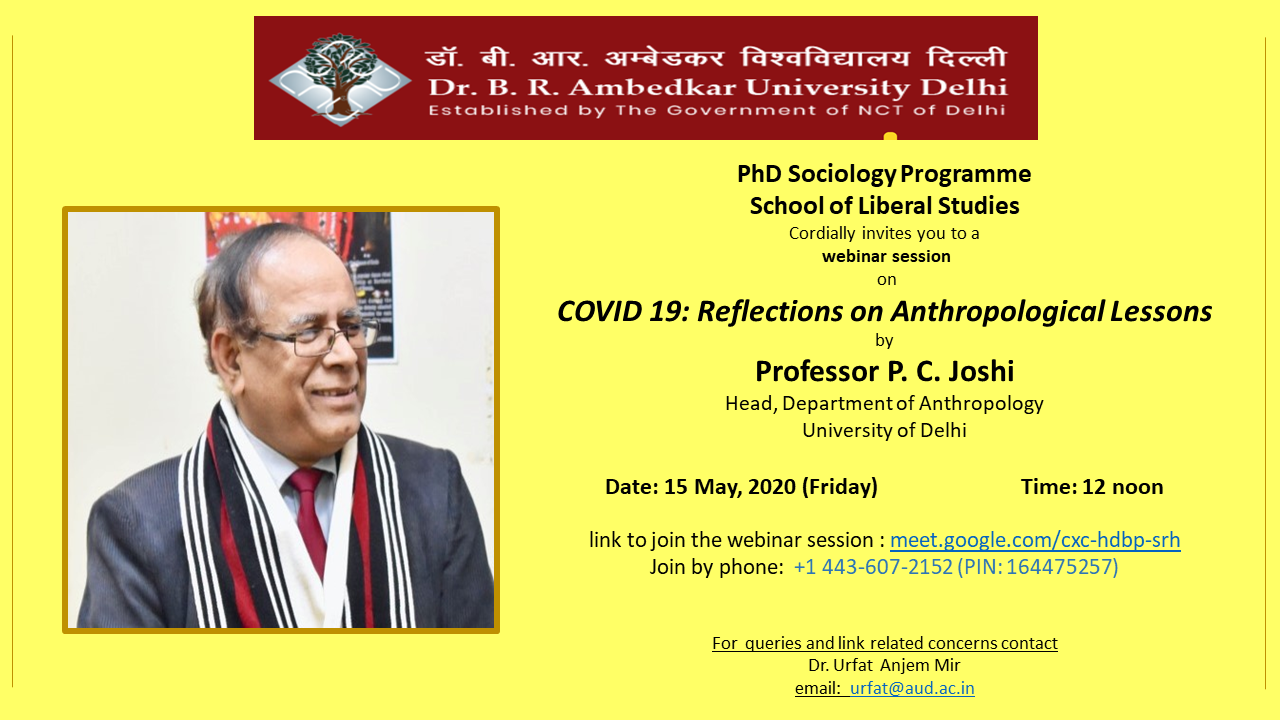