»AUD Events»Talk by Dr. Anoop Sarbahi from University of Minnesota

Every semester the Sociology Seminar Series invites eminent scholars to present their research work at AUD. This semester we are beginning the series in Collaboration with the North East Forum AUD to organize a talk by Dr. Anoop Sarbahi, College of Liberal Arts, University of Minnesota on 16th August 2019 at Kashmere Gate Campus, CR: 4, AUD. The details of the talk are given below. The poster for the talk is attached with this email. Please attend the talk, if your time permits. 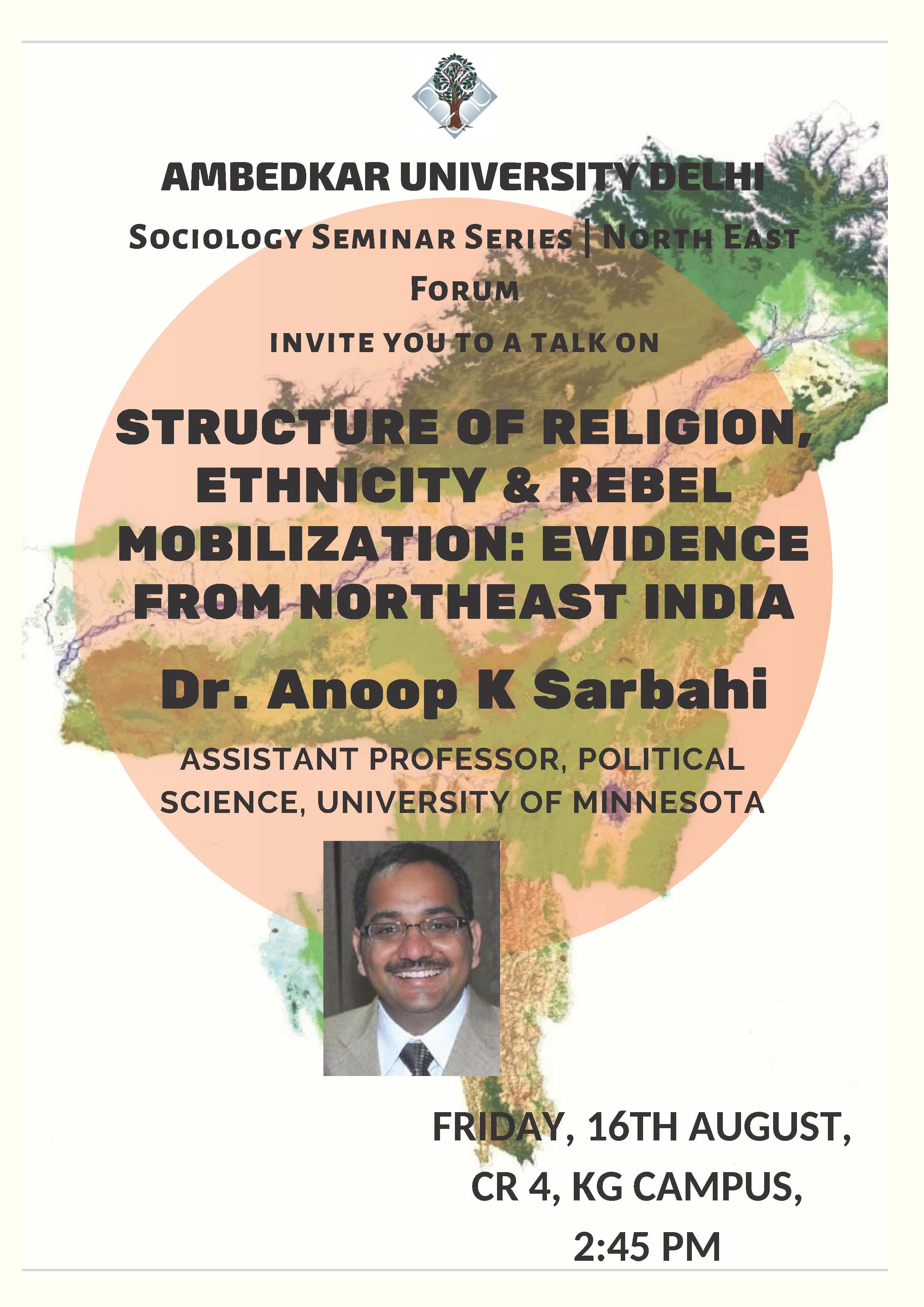 Ethnic groups are widely considered to have A high potential for political mobilization. However, ethnic rebels display marked dissimilarity in their ability to mobilize co-ethnics. In many situations, even popular sympathy for the rebel cause and widespread grievances against the state fail to translate into successful mobilization around the rebel agenda. What accounts for the variation in rebel mobilization? This work draws upon ethnographic work in Northeast India studying Naga, Mizo and Meitei insurgencies and utilizes a diverse range of methodological tools to argue that the efforts of rebel entrepreneurs to mobilize an ethnic group are conditioned by the socio-structural constitution of the group, which is defined in terms of the network of social ties that characterize an ethnic group. This work further traces the socio-structural makeup of the Meitei, Mizo and Naga ethnic groups to the spread of organized religion among them – Hinduism among the Meiteis, Presbyterian Christianity among the Mizos and Baptist Christianity among the Nagas. Thus, the distinct patterns of rebel mobilization observed in these cases are attributable to the changes associated with the spread of organized religion.