The performance arose from a practice-as-research funded by The Leverhulme Trust and conducted by researchers and performers from Wales and the Khasi Hills between 2015-2019. In broad terms, the work explores the cultural exchange stemming from the presence of the Welsh Calvinistic Methodist Mission in the Khasi Hills between 1841 and 1969. More specifically, we have been researching the influence of this transnational exchange on cultural expression, including musical and performative techniques and how this intersects with ideas of culturally embodied performance. The implications of this exchange for postcolonial identity (and what this means in terms of performance) is a primary consideration in the project. The devised performance is the result of a series of exploratory workshops over four years.

Lapdiang Syiem trained at the National School of Drama, Delhi and The Commedia School Copenhagen, and has been developing theatre that responds to the social, political and cultural circumstances of Meghalaya. Rhys ap Trefor trained at Aberystwyth University and is an award-winning actor, well-known on stage and screen in Wales. Gareth Bonello is an award-winning Welsh songwriter and multi-instrumentalist and Benedict Hynñiewta a renowned Khasi folk musician and visual artist. Lisa Lewis is a theatre director whose works explores the relationship between memory, people and place; Aparna Sharma is an award-winning documentary film maker. Both Lewis and Sharma are long-time collaborators on intermedial (theatre and film) projects (Lewis is affiliated with the University of South Wales and Sharma with the University of California Los Angeles). 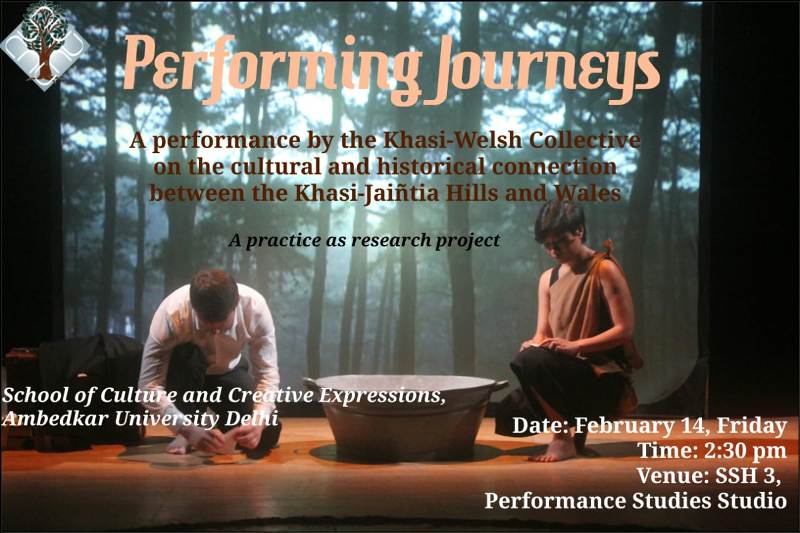