Abstract: Let denote the finite field with elements where is a prime power. Denote by (the general linear group of ݊nonsingular matrices over An element (is called a Singer cycle if its order is the maximum possible in.( Determining the number of block companion Singer cycles is a problem closely related to many other problems in enumerative combinatorics. We will outline some of them including connections with a theorem of Philip Hall on conjugacy class size in the general linear group and some results of Wilf and others on the probability of coprime polynomials over finite fields. We also discuss an unsolved enumeration problem on polynomial matrices that generalizes the problem of counting Singer cycles.

About The Speaker: Originally from an engineering background, Samrith Ram received his B.Tech. in Electrical Engineering from IIT Madras in 2003. He went on to complete his Ph.D. in the Department of Mathematics at IIT Bombay and was awarded the 'Excellence in Thesis' award for his thesis entitled 'Singer cycles, Coprime polynomials, Hankel matrices over Finite Fields and Arithmetic Progressions in Unique Factorization Domains'. In 2013, Samrith was the recipient of the Archimedes Postdoctoral Fellowship awarded by the Marseille Institute for Mathematics and Computer Science, France. His primary research interests are in Algebra and Combinatorics. 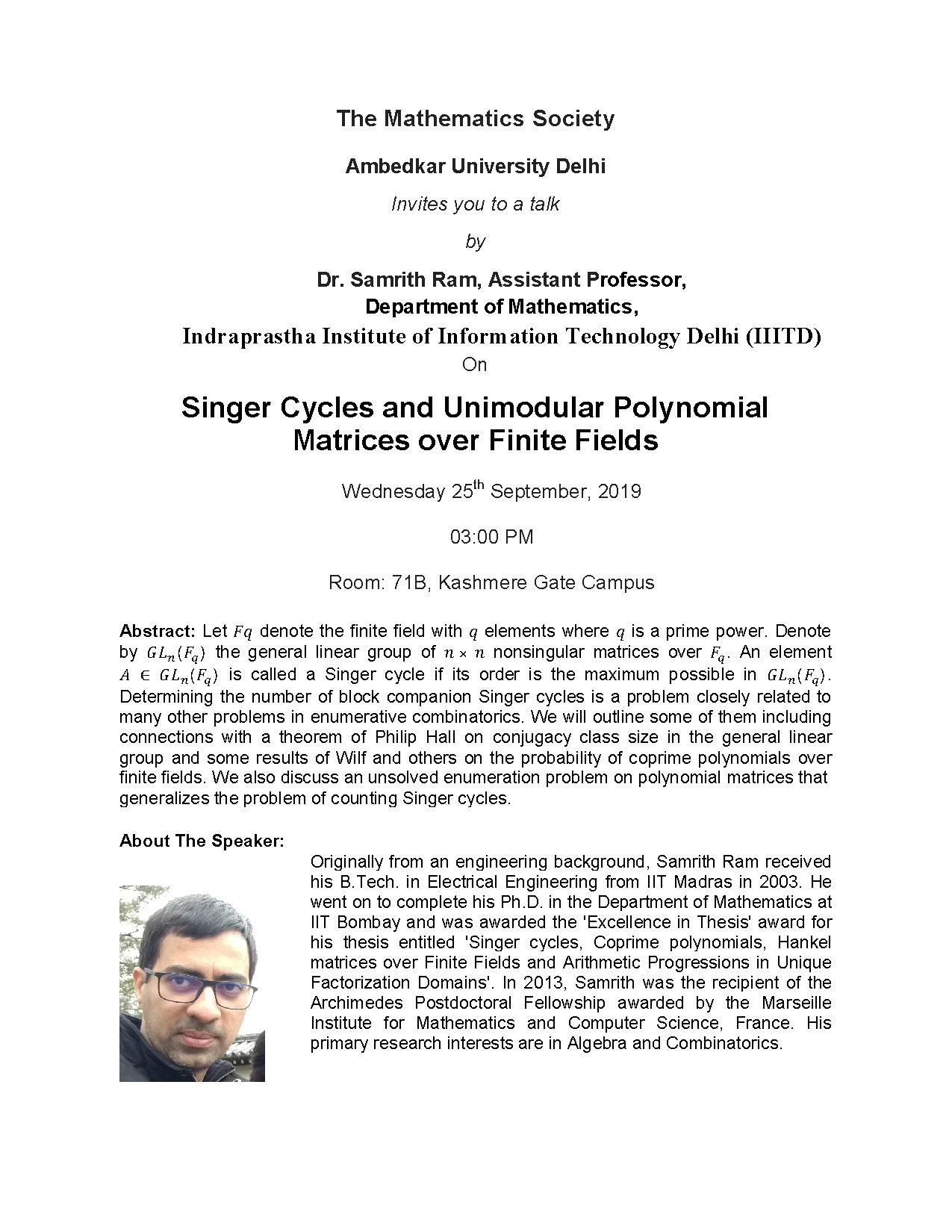