Invites you to a presentation by the artist RAJYASHRI GOODY

The presentation will be followed by an open discussion with the artist.

(Kindly seek entry to the talk at least 10 minutes before 2.30 pm. Entry will be closed at 2.30 pm in order to avoid interruptions to the presentation) 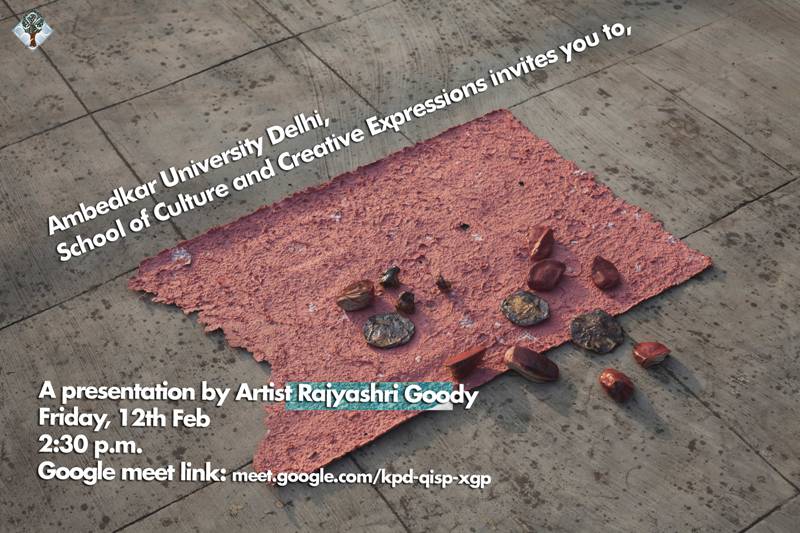