Invites you to the Talk

In this lecture, we will track Judith Butler's conceptions of gender from Gender Trouble (1990) through Bodies That Matter (1993) to Undoing Gender (2004)in terms of her initial challenge to feminism, the modifications in her formulations based on critiques of her work and the continuities in her positions. Locating her in the trajectory of third wave feminism and ending with the implications of her critique for feminism, trans politics (of which she has been an unstinting advocate) and the proliferation of gender identities on the internet and in urban self-identifications, we will focus on its conception of the body.

Dr. Ashley Tellis is a freelance academic, editor and journalist. He was most recently Associate Professor at St. Joseph's College of Arts and Science, Bangalore. His research areas are gender, the literary and minority identities. His PhD at the University of Cambridge was on Contemporary Irish women’s poetry. His postdoctoral work at the University of Arizona’s ‘Sex, Race and Globalization’ program was on postcolonial same-sex identities in India. Recent publications include the co-edited volume (with Sruti Bala) The Global Trajectories of Queer: Re-Thinking Same-Sex Politics in the Global South (Brill: Amsterdam, 2015). 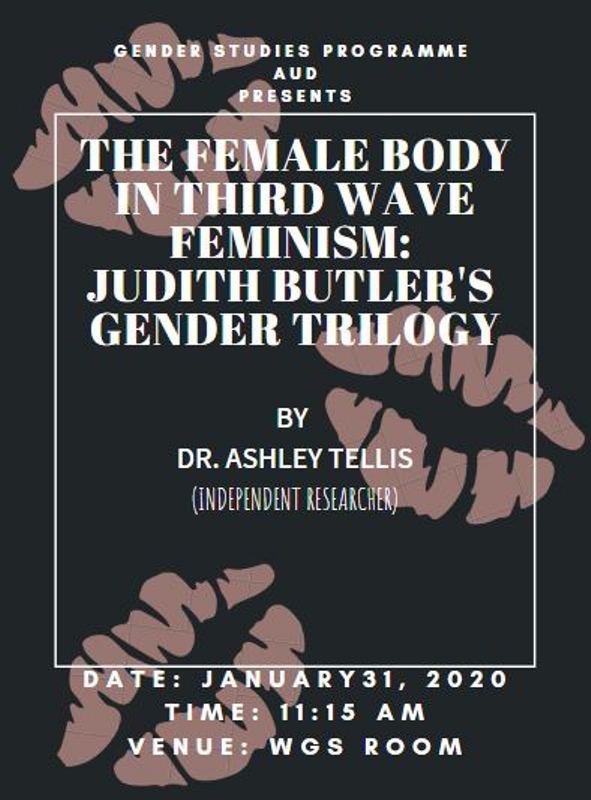