You are all invited all for a pre-inaugural lecture on 15 January 2020 by Professor Amit Dholakia, who is the Chief Guest for the inaugural event of शोधोत्सव.

Gandhi @150: Purpose and Possibilities of Nonviolent Action in Today's World

Prof. Amit Dholakia
Abstract: The study of violence and wars has received highly disproportionate attention in social
science research as compared to the study of nonviolence and peace. Knowledge systems that
advocate nonviolence have been pegged to the category of Utopian and idealistic thought, thereby
stripping them of the possibility of empirical applications or investigations. This certainly goes against
the reality of widespread acceptance of nonviolence in several communities and by several significant
social movements in the last few decades.
The life and ideas of Mahatma Gandhi - perhaps the greatest exponent of nonviolent approach to
social and political change – became a trendsetter for many organized social movements across the
world that consciously used nonviolent strategies for accomplishing their transformative agenda,
albeit with varying degrees of success and, in some cases, with outright failure. The lecture will
attempt to re-interpret Gandhian nonviolence in the light of the dynamics, strategies and experience
of nonviolent struggles in the post-Gandhian and contemporary era. It would analyse if the Gandhian
forms of nonviolent struggle and satyagraha matter in a world that is beset with terrorism, ultranationalist
assertions, authoritarian regimes, civil wars and nuclear proliferation.
Speaker’s Bio-sketch: Prof. Amit Dholakia teaches Political Science at The Maharaja Sayajirao
University of Baroda, Vadodara, Gujarat. Earlier, he has held the positions of Provost (Vice Chancellor),
GSFC University, Vadodara and Registrar, The Maharaja Sayajirao University of Baroda. His areas of
academic interest include peace and conflict studies, Indian political system and Gujarat politics. He
has published two books and several research papers and book chapters. His articles are regularly
published in the mainstream and digital media. Prof. Dholakia has been invited to participate in
international academic programmes in the United States, Germany and Sri Lanka.

The link to the festival's face book page is https://www.facebook.com/Shodhotsav/?__tn__=%2Cd%2CP-R&eid=ARC4imsSHM4iRvOt95ts-Rt3KJ-z5fMnaU13DG-iEFrvemucJ7SQsaXrb7IVmP5kEABBPkjKvsLVt7mW . You can already find some details there and we will be updating information on the site as we receive updates. 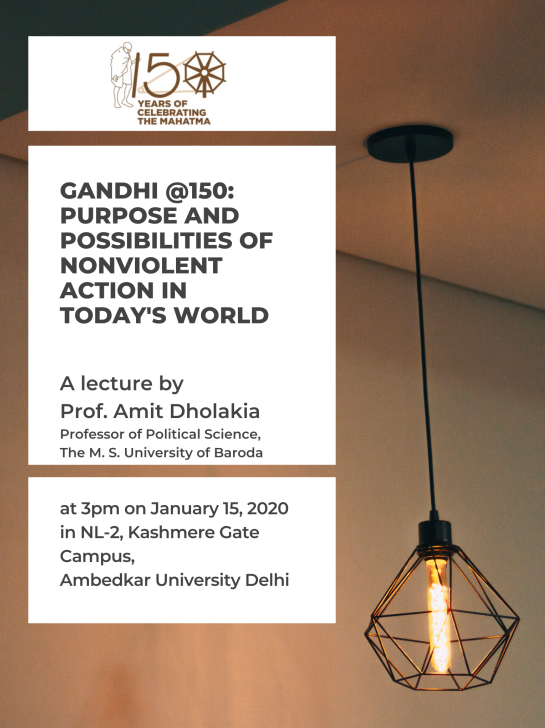