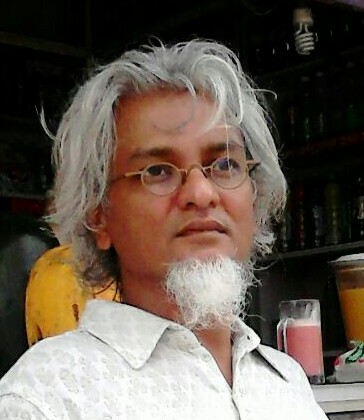 “A New Kind of Human: Reading Achille Mbembe”. Interview with Manash Firaq Bhattacharjee in The Wire, 16/01/2017

“The trail where they cried” a review of Many Middle Passages: Forced Migration and the Making of the Modern World. Eds, Emma Christopher, Cassandra Pybus and Marcus Rediker, University of California Press, 2007, in Studies in History, Sage Publications, 24, 1 (2008): 166-169

“The Civility of Things: Unnatural Practices and Making Value(s) in the British Sugar Colonies.” Refereed in WADABAGEI: A Journal of the Caribbean and Its Diaspora Volume 10, Number 3 2007.

November 2018: “Following Slavery and the Question of the Witness” at ‘The Migrant and the State: From Colonialism to Neoliberalism’ conference held at TISS Patna

June 2017: “To dread or not to dread? Rodney, Stuart Hall and the Subject of Survival” presented at the ‘Whither the Caribbean?’ - Conference in Honour of Stuart Hall, 2017, organised by The Institute of Caribbean Studies and Reggae Studies Unit

The Stuart Hall Foundation and the Faculty of Social Sciences, Mona Campus

University of the West Indies.

April 2015: “The Role of Faculty vis-à-vis the Field in Development Practice”, presented at the ‘Research and education for rural development and food security to build resilient rural environments: Australian and Indian perspectives’ Symposium organized by the Centre for Development Practice, Ambedkar University Delhi.

November 2014: “The Two ‘Indians’ of the Americas”, presented at the ‘The Komagata Maru Incident and the History of Indian Labour Migration’ workshop, organised by the Indian Council for Historical Research (ICHR) to commemorate the centenary of the Komagata Maru incident. Held at the Osmania University, Hyderabad.

May 2013: “Behind the Bench: Pollution and Conversion in One Act” as a part of the Panel discussion titled ‘Voices of Protest: Remembering Ambedkar and his Thoughts’, Ambedkar University Delhi

2007 – 2008 Researcher with the Indian Indentured Labour Archive Project at the Indira Gandhi National Centre for the Arts, Janpath, New Delhi.